Changes to the ITV

The Spanish government has made some important changes to the way the ITV system works for vehicles across the nation. Here’s an explanation of the main changes.

Every vehicle in Spain must pass its first ITV inspection four years after its first date of registration. The ITV ensures that the vehicle is roadworthy and complies with the law of the road. Personal vehicles must then pass an ITV test every two years until the vehicle is a decade old, after which the inspection is annual.

A new law regulating the ITV system comes into effect on May 20, 2018, although many of the changes outlined below will not come into full effect until September of this year.

Although much of the law concentrates upon the way the system is run, here are the six most important changes that will affect vehicle owners in Spain.

First the first time, the computer that runs your car will be tested as part of the ITV inspection. This is to ensure that the computer is running smoothly and is not causing your vehicle to emit more harmful emissions that is necessary. It is also designed to stop people chipping their vehicles or otherwise modifying their computer hardware.

A series of new tests will be introduced to regulate the emission of harmful gases from vehicles, especially NOx emissions. Although the current legal emission limits will not change, a new law is expected to be introduced during 2019 which will reduce the amount of gases that can be emitted by vehicles.

Catalytic converters and particle filters will also be checked to ensure that they are present and in good working order.

More attention is to be paid to tyres, and this change has already been introduced to the ITV process. Tyres must now have a minimum tread of 1.6mm. Inspectors will also check the general condition of the tyres, ensuring no damage or deformations are present. And tyres on an axle must be identical – same make, same pattern and same type.

Tyres must be compatible with your vehicle, be road worthy and be properly inflated.

According to ITV Andalucía, last year 22% of all vehicle fails were due to issues with tyres. 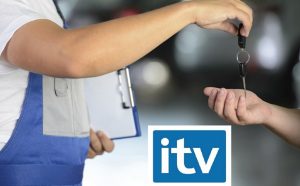 Currently, if you fail your ITV you have up to one month to fix the problem and present yourself at the same station for a new test.

Under the new law, you will be able to choose a different ITV station to sit the second test.

Currently, the date you pass the ITV is the date from which the period for the new test is set. So if you passed the test two weeks before the due date, you «lost» those two weeks.

Currently, if you import a vehicle from another EU country it has to pass a Spanish ITV as part of the import process.

Under the new law, Spain will accept the equivalent of their ITV certificate from other EU nations during the import process. It remains to be seen exactly how this new system will work. Imported vehicles will still be required to pass their routine ITV when the due date falls (ie, four years after first registration or every two years afterwards, etc). The vehicle must also be roadworthy in Spain.

The traffic police will also have the option of sending foreign ITV’s to the nearest ITV station to ensure its authenticity and acceptance under Spanish law.