Why non-residents shouldn’t be on the padrón

The padrón municipal is the town census which records the residents living in a municipality. The size of the padrón directly influences the amount of money the town receives from state coffers, and so many mayors encourage anyone living within their town to register.

However, it is not a good idea for non-residents to register.

This is because the padrón accredits your residency in Spain. If you are not resident in Spain, then any future attempt to become resident may be complicated by the fact that your name appears on a padrón municipal.

Case study: Belgium residents Bertrand and Anne Koen have a holiday home in a small town in Spain. Being EU citizens, they were able to register on their town padrón using only their passport (as the local mayor has not enforced any rule requiring an NIE to register).

After several years of being on the padrón, the Koens took full time retirement and moved to their holiday home. They transfered their fiscal residency to their Spanish home and applied for a residency permit from the Immigration Office.

As part of this process, they attempted to import their car. As recently arrived residents of Spain they were eligable for a tax exemption on the import duties on this vehicle.

But when the Tax Authority ran a check against the Koens, their names appeared on a padrón list. Since the padrón residency proved the Koens had been living in Spain for several years, the Tax Office cited this as proof that they are not eligible for the recently arrived tax exemption and charged them full import duties on their vehicle.

What are the risks for me being on the padrón when I’m not really residing in Spain?

The biggest risk is that your tax situation may be adversely altered.

If you are resident in Spain then you are obliged to tribute under the ley del impuesto de la renta de las personas físicas (income tax) for all income declared world-wide, irrespective of their country of origin.

See our article What taxes do I pay on my EU income or pension in Spain? for more on this subject

If you are not resident but have assets in the country you are obliged to tribute under the tax regime of non-residency (ley de impuestos de no residentes).

Bear in mind that since 2008 a series of bilateral agreements have been signed with other EU countries to share tax information upon the declared worth of citizens of member states who have come to Spain.

If you are thinking of taking Spanish residency, contact us for an appointment to discuss both the process and your tax situation in Spain.

Who is obliged to register on the padrón?

There is no obligation for non-residents to register on the padrón or with their local authority.

To register, you just take your ID (residency NIE and passport) into your town hall and apply. It is free of charge and lasts until you register elsewhere in Spain, or the town decides you are no longer resident. You will normally have to prove an address and possibly any further higher education degree. 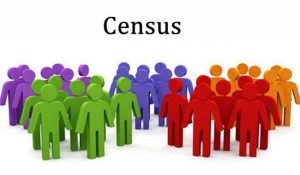 Most towns will use the local police force to check up on residents, as they are required by law to make every effort to ensure the padrón is up to date. Foreigners who cannot be located will usually be removed from the register without any notice other than a notification in the provincial gazette.

Non-EU citizens must register anew every two years or their registration will automatically lapse.

If you are ever required to prove your residency, then you can ask for a certificate of the padrón (certificado de empadronamiento). This certificate is usually valid for three months. But that is only the certificate, not the actual entry in the padrón.

The FEMP (Spanish federation of municipalities and provinces) warns that all government agencies have access to the padrón when such access is necessary to carry out their duties. The FEMP also says that it is a requirement that the padrón be on a computer in a standard and accessible format for secure access.

The National Institute for Statistics (INE) is in charge of collating all information across the nation and ensuring no duplications occur. The INE then allows other government agencies access to this centralised database, which is updated every quarter with the latest data from across the nation. (Art 17.3, RBLE).

However, private citizens are not permitted to access the register, only authorised government agencies in the course of their official duties.

Does the padrón entitle me to vote?

No, it does not. A separate electoral roll is maintained.

But to get on the electoral roll, you must first prove you are on the padrón. It is a two-step process – first you register as a resident of the town, then you ask to be a voter.

Most councils will carry out both procedures at the same time, but it is always best to ask for proof this has been done. Ask for a certificado de alta (registration certificate).