What taxes do I pay on my UK income (ie pension or dividends) in Spain?

If you have income from the UK and are resident in Spain, you need to declare the money on your annual tax form. By efficiently using the UK and Spanish tax treaty, you may be able to save on taxes!

A person is fiscally resident in Spain when they meet any of the following requirements:

If you are not fiscally resident in Spain but have assets here you are most likely obligated to submit a non-resident tax form at the end of each year. Click here to read more about non resident tax declarations.

All residents of Spain must contribute to the IRPF on their world-wide income. That is, they must declare to the Spanish tax authority all incomes irrespective of country of origin. Notwithstanding that, international treaties regulate how and where tax is paid on that income to prevent double taxation from occurring.

The treaties cover different types of income sources and agree to the tax rights which correspond to each of them, depending upon the originating state. These rights can be:

The tax year corresponds to the natural year in Spain, unlike the United Kingdom where it starts on April 5. A person is resident in Spain for the entire natural year, as a change in residency during the year does not pre-suppose the alteration of the tax year.

Your personal IRPF tax return must be submitted to Hacienda between April and June of the following year.

Even if your income is not taxable in Spain, you are still obliged to declare the income to Hacienda. However, depending upon the exemptions and tax levels (which can change from year to year) you may not be obliged to present a tax return.

A British pensioner resident in Spain whose sole income during the 2016 tax year was a company pension from the UK.

Spain has the sole right to tax all private pensions originating from the UK (UK-Spain tax treaty of March 14, 2013). The pensioner must declare to the pension authority that the pension is being sent to Spain and is thus exempt from all UK tax (see below for more on this).

If the annual pension is worth in excess of €12,000 (the 2016 tax limit for submitting a tax return when there is only one source of pension income for the payee) then the pensioner is obliged to submit an IRPF return between the months of April and June, 2017 and pay Spanish tax upon the pension, if applicable.

Remember that the limit for having to declare is not the same as having to pay. You are obliged to submit a tax return if your limits are in excess of those posted for that fiscal year, even if you have no obligation to pay or are due a refund.

Cervantes Alarcón Consulting can always calculate and tell you of your fiscal obligations depending upon the limits for that tax year. Contact Us for help.

Treatment of UK income in Spain

In a very simplified manner, this is an overview of the most common situations faced by British expats who receive income from the UK. All situations are taken from the UK-Spain bilateral tax treaty of March 14, 2013, as published in the State gazette (BOE) on May 15, 2014.

If you have income from property (ie you rent out your home in the UK) then this income can be taxed both in the UK and in Spain. However, if the income is subject to double imposition you have the right to deduce one of the payments on your IRPF form. 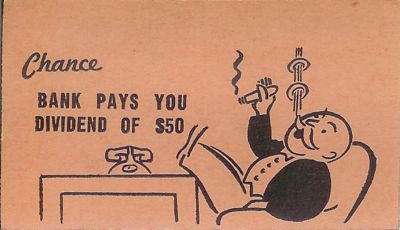 British generated dividends are generally taxable under the Spanish tax regime and count towards your tax limits. However, if the company that generated these dividends is based in the UK then the dividends may also be taxable by HM Revenue & Customs. But the treaty specifies that for Spanish tax residents, the maximum amount of tax that can be extracted by HM Revenue is either 10% or 15% (depending upon the circumstances) of the total net amount of the dividend to be paid.

The taxpayer has the right to deduce any double imposition on their annual IRPF declaration, up to the 10% or 15% limit mentioned above.

All interest paid in the UK is only taxable in Spain.

People who are paid to sit on the board of UK companies may see these payments taxed both in the UK and Spain. Again, Spanish tax payers have the right to deduct any double imposition on their IRPF declaration.

Depending how the capital income is generated, different tax regulations apply. Some of the most common cases for UK expats resident in Spain:

Capital gains – what you make when you sell an asset for a profit!

There is a very long list of more rarefied types of income which are treated on a case by case basis in the Treaty – for example, income from artist rights or sporting events, etc, etc.

Cervantes Alarcón Consulting can advise you further once we have studied your particular tax situation. Contact us for an appointment.

Obligation to inform the Spanish authorities

Fines for not doing so can be considerable.

Cervantes Alarcón Consulting can study your personal tax situation and advise on the best way to setup your fiscal regime in Spain to take advantage of both UK and Spanish tax exemptions and limits. Contact Us for an appointment and we’ll get you started.